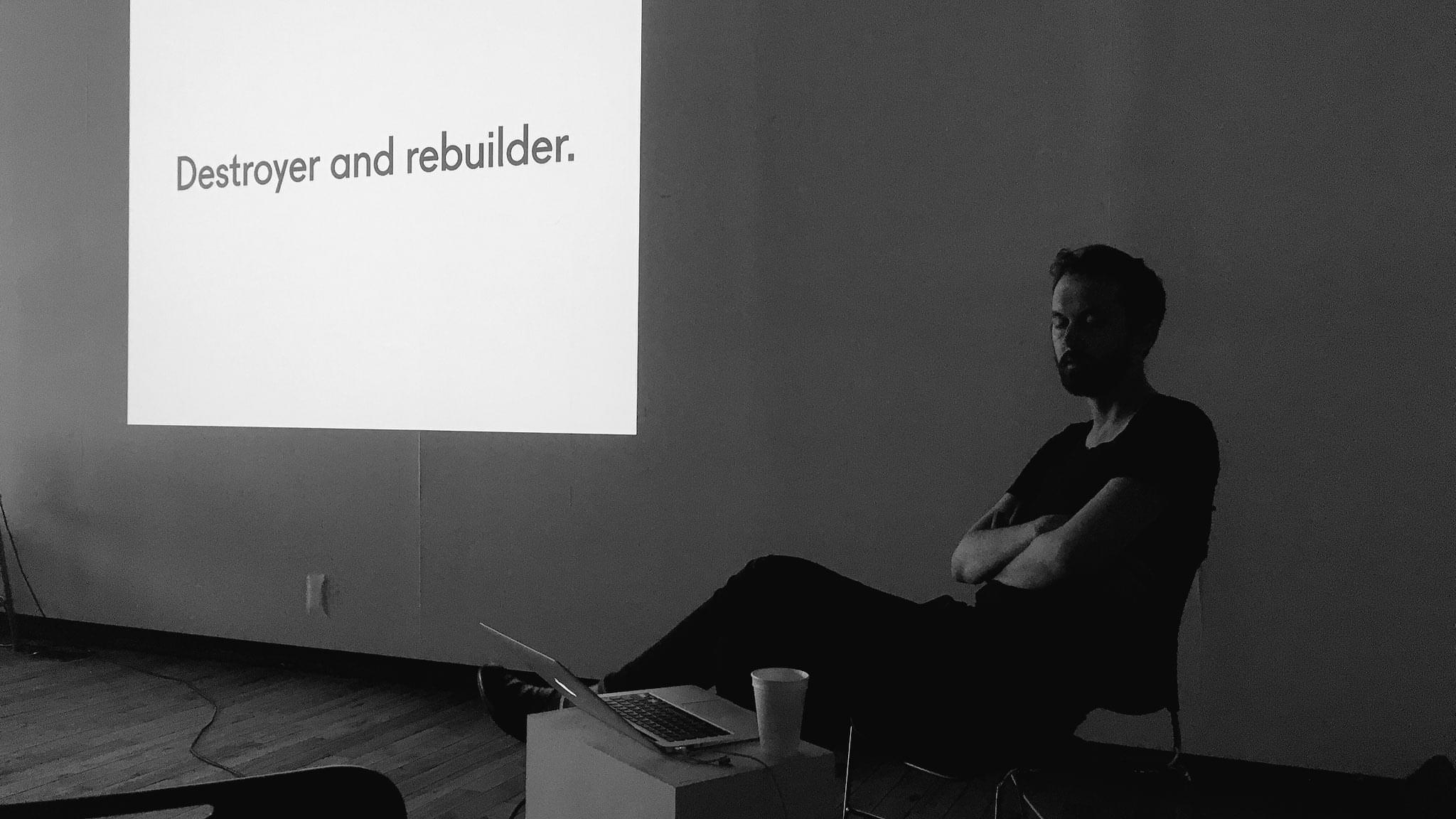 Me presenting/totally not snoozing at A-B-Z in Toronto, August 2016, cribbed from @undt

I am a magazine obsessive caught in the space between print obsession and digital addiction. I’ve spent my career poking, prodding, pushing and telling stories across platforms, as a reporter, as a collaborator and as a maker of so many of the damned things.

As well as freelancing here and there, I am a partner at No Media Company. I was also the co-editor of The Alpine Review and the editorial and creative director of Toronto agency Totem, where I applied everything I’ve picked up as a stubbornly independent presence in the magazine world to teach big global brands a completely different approach to content strategy.

As a correspondent for Monocle, I covered affairs, business and politics in Australia, the South Pacific and Canada. This work has ranged from breaking radio stories on regional issues through to longform feature reporting on the politics of far-flung islands and cover features on the media industry. Over the years, I’ve interviewed everybody from Prime Ministers and Oscar-winners through to avocado farmers and seed activists.

I was the editor of the Australian magazine Dumbo Feather, a weird and brilliant beast that specialises in the long-form interview. Way back there, I spent a good decade or so as a broadcaster on RTRfm in Australia, both in the political and music worlds. I was also honoured to be the elected chair of the volunteer board running that station. I co-founded and ran Papercut Media, a creative agency focussed on clients in the arts and working for social change. In that spirit I’ve also written plenty over the years for organisations like Amnesty International, the Red Cross and Engineers Without Borders. There was other stuff too. I also co-founded an amazing (these days defunct but somewhat legendary) writing community in Western Australia called Cottonmouth.

Also I wrote a play. And I keep meaning to learn the harmonica. Still haven’t quite gotten there.